Animal Crossing players often fall in love with their starter characters. It’s easy to hold them dear to our hearts. That’s what Coco is to me. She gets a lot of attention for being a coy bunny with unusual looks. Many people give her glasses to cover up her appearance with no eyes. To me, however, that is what makes her special.

Her spooky eyes and mouth are never really close to her stoic body. She gives a soft-horror feel with her sweet character, which is perfect! It helps that she’s cute. You can give her any greeting you like, as she will guide you through her book-filled day.

I met Coco in New Horizons. It was far from my first Animal Crossing game, but it is the one I have played the most. Coco has been on my island from the beginning, and I love her to bits for it!

Coco is a sweet clay rabbit that has been present on every Animal Crossing title ever released. She is passionate about books and will always do her best to stay friends.

Her inspiration was behind the Yayoi period in Japan when they had clay figures produced. In the latest entry of New Horizons, she is not just a rabbit but has an educational hobby. Coco is often found with a book or magnifying lens, observing everything around her with great detail.

Coco’s mouth and eyes move ever so slightly in New Horizons. It emphasizes her clay composition. Her ears do not move, unlike other rabbits. Coco’s clothing choices change from game to game to spice her up and give her a breath of fresh air. She always has a unique classic Coco style, however.

She’s a tan bunny that wears different clothing throughout the series. In the first game, she opted for the Blossoming Shirt. Afterward, until New Horizons, she sported the Dawn Tee. Her umbrella choice is always the same, the tried and true Leaf Umbrella.

Coco is known to have a normal personality, present in most female Animal Crossing villagers. Normal villagers usually tend to have either the reading or cooking hobby. Despite being tagged as Normal, we know them as Sweet, and Coco is no exception. She’ll often talk about reading.

You’ll catch her reading in New Horizons all over the island. Despite being the most down-to-Earth type, Coco and the other Normal villagers are very air-headed and are known to be very interested in fantasy books and discussing how much something appears magical, even if it’s a piece of furniture.

When it comes to being friends and relating to other villagers on the island, Coco prefers Snooty villagers, as they are polite, gentle, and not self-centered. They both will find likeability in each other by liking old fashioned things and reading books, of course.

Coco in the Games

Coco shows up in all the Animal Crossing titles. Her appearance doesn’t change a lot. She is female throughout the series and always has the normal villager personality. Her book hobby is a constant as well.

She is always chatty with the player and will always make amends even if you make her sad. She’s always sweet and caring and a lovable rabbit (or clay) villager. Coco doesn’t show up in the Animal Crossing movie for some reason.

Coco will hold the same attire and information in these games and the first Animal Crossing (the original English entry of the series). Her favorite style in Doubutso no Mori e+ games is Refined, while she dislikes the Gaudy style the most. Coco will also gift out a live copy of K.K. Dirge in the game.

Sadly, Coco cannot be a starting villager here, but you can get her to be a villager later in the game. Coco’s house in these games is pretty much a wooden interior with a pond on the right side of the house.

Her house does not have music. Despite the first game and the second being very close together, fans see the second Japanese entry as an expansion of the first game, so they overlap a lot in terms of Coco and not only.

Details of Her House: Items

Despite so many similarities between the Japanese entries and the first English entry Animal Crossing, Coco’s house has a few differences. Her wardrobe, personality, and details remain the same as the first two Japanese installments.

Wild World makes no exception: it is impossible to get our dear Coco as a starting villager, but she is in the game. Coco is a collector who prefers brown-colored furniture. Her category is instrument. Coco’s house in Wild World is different from the previous ones.

Coco cannot be one of the starting villagers in City Folk, but she will show up later as in the previous games. Her favorite furniture color in this game is beige, which makes sense, while her furniture styles are playful and retro, which isn’t much of a surprise either. Coco’s favorite series is the Exotic Series.

Coco’s house resembles her previous one in Wild World but has a few changes. The pond also changed sides from the first few games.

New Leaf has Coco welcoming us with her famous catchphrase doyoing! She may be one of the starting villagers, unlike in the previous entries. Iconic is her favorite style, while ornate is her most disliked. Beige remains to be her favorite color. We finally welcome some Coco biography and lore, which we have waited for quite a while.

We find out that she’s the second child of cute rabbits just like her. She has a writing background. Her goal in the game is to become an astronaut. We truly wish her the best, even if she doesn’t talk about it much.

Her Halloween Fear is a Mummy Mask. At the Roost, her choice of drink is a Mocha, with the regular amount of milk and two spoonfuls of sugar.

In New Leaf Coco has many more gyroids in her house. It’s more cluttered compared to previous games. The pond seems to have fallen out of style with our favorite rabbit. She does show up with two bonfires somehow.

In Happy Home Designer, a DLC of New Leaf, you get to decorate Coco’s house and fulfill her furniture fantasies. She is very interested in ancient artifacts and would like to turn her house into an artifact-filled exhibit, to be precise. The item she craves is the ancient statue. Her favorite music is Hypno K.K.

You get to unlock her clothing for you wear or gift to other villagers.

Coco was added later in Pocket Camp as the game grew. Her addition happened on September 26th, 2020. She shares the clothing that has been with her through the series (the Dawn Tee).

You can change if you invite her to your campsite, which allows you to dress her up in most items, keep in mind that you can’t put animals in pants or any other bottoms! Her preferred theme in the app game is harmonious. The primary reward will be the wood crafting material. She will be able to be invited to your campsite through Blather’s Treasure Trek.

Coco’s rewards for getting closer to her as friends are as follows:

In New Horizons, Coco has furniture exclusive to her house. It will start filling up as the story progresses. There are various wooden items that you can craft, Coco doesn’t keep all her secrets. The exclusive items will only appear if you get Coco in the main storyline. Otherwise, her house will look different. Her house will have this furniture:

There are some specific details about Coco which are very handy to know.

In the New Horizons DLC Coco prefers old-time living housing, which bonds her to other snooty villagers and is consistent throughout the series. The rabbit wants a Coco-style retro living. Her required items are:

You also get some unlocked items from making and working on Coco’s paradise home.

Question: Is Coco a Rare Villager in Animal Crossing?

Answer: She is not factually a rare villager, but the fact that she can’t be a starter villager in most games gives the impression of her being rare.

Question: Why is Coco so Popular in Animal Crossing?

Answer: Why wouldn’t she be? I love her very much. I started New Horizons with her, but it is a matter of taste, interactions, and attachment to her as a villager. If she’s not for you, that’s OK, but she’s a favorite to many.

Question: Is Coco a Good Villager to Have?

Answer: Yes! She’s sweet, Coco doesn’t get into fights, and will spring up your island with her cuteness and her magnifying glass to satisfy her curiosity on her new island home.

Question: How do You Get Coco’s Picture in Animal Crossing New Horizons?

Answer: You have to keep gifting the items that she will like, just like any other Normal villager, spend time with her by talking, visiting her, allowing her to come over, and she will give you her photo. It takes work, but it’s worth it if you collect villager photos.

Question: How do You Get Coco in Animal Crossing New Horizons?

Answer: You can get her through an Amiibo card, inviting her from a friend’s island if she is getting packed away (but take her only from a trusted friend, as Nookazon is not an official source), island hopping or she might visit your campsite. Best of luck!

Coco is probably my second favorite villager most of the time because she’s great, she’s cute, she’s a rabbit and she just gives a unique aura around her that is very difficult to miss.

I believe that her wearing aprons in Animal Crossing New Horizons are her cutest outfit, but I could be biased as she came to me within the main storyline. We’ve been best friends ever since.

Get to know more Animal Crossing characters below:

A Guide to All the Dog Villagers in Animal Crossing: New Horizons

Filbert in Animal Crossing: The Only Lazy Squirrel 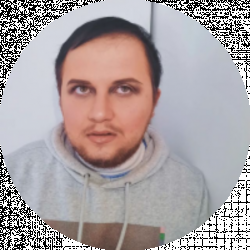 Jamie Tugayeva
Jamie has been playing Animal Crossing daily since 2016, with Wild World being his first one. His love affair with the series has been going on strong since from Animal Crossing: Pocket Camp, to Animal Crossing: New Horizons. He enjoys the cutesy art style, the different quirks of each character and the mechanics that make each addition to the series unique.