Animal Crossing is a series full of a menagerie of different creepy crawlies. Throughout the history of the series, there has been a spectrum of utterly harmless to terrifying creatures. Of all the critters available to catch and fish in the Animal Crossing series, none is more deadly (or expensive) than the scorpion.

Since its debut in Animal Crossing Wild World, the scorpion has appeared in every mainline series title in the Animal Crossing series. This crafty critter only comes out at night and requires a few different tactics to catch than your average insect.

In the Northern Hemisphere, you can find them from May to October, and in the Southern Hemisphere, from November to April. They tend to come out from 7 pm to 4 am and are usually passive to the player unless run up to.

They are one of the rarest creatures in the game and don’t appear on islands often, although there is a way around that.

How To Catch a Scorpion

Like most bugs in Animal Crossing, you can’t just run up to a scorpion without repercussions. Instead of flying or scurrying away, they take a more aggressive approach. If you get close enough and it notices you, it will raise its pinchers in an attack position.

If you move while the pinchers are up, it will become aggressive and chase you until it stings you, much like the wasps or tarantulas. When getting close to a scorpion, I like to hold down the A button to make my character approach slowly.

This is the red light, green light of catching scorpions. Pinchers up, red light, pinchers down, green light. When you get close enough to a scorpion, release the A button. If your spacing and timing are correct, you will catch it.

If you fail to catch a scorpion, it will sting you, and the screen will go black; you will wake up at your house or next to the Dodo Airlines Plane if you are visiting a Nook Mystery Island in Animal Crossing New Horizons.

If you want to ensure your safety and don’t want to take as much time doing the red light, green light approach, digging holes can stop scorpions from advancing when chasing you. To accomplish this, all you need to do is dig a square of holes that you can jump into. When you are being chased, hold down the B button while moving to run up to any hole, and your villager will automatically jump over it into the safe zone.

The scorpion will still be aggressive towards you, so don’t jump back over your created safe area to catch it. Instead, Using the A button, swing your net over the hole with the scorpion on the other side, and voilà! You’ve caught a scorpion. This version of scorpion catching is only possible in Animal Crossing New Horizons.

It is also important to note that if your gate is open to other players in Animal Crossing New Horizons, scorpions will not spawn. No group scorpion hunting expeditions, sadly.

After catching the scorpion, your villager will exclaim, “I caught a scorpion! It was a sting operation!”

In Animal Crossing Wild World, your villager will say, “Their “tail” is actually part of their stomach.”

In Animal Crossing City Folk, “Those things that look like tails are actually extensions of their stomachs.”

In Animal Crossing New Leaf, “I caught a scorpion! Not so fast now, are ya?!”

How to Donate and Sell Scorpions

There are a few ways to distribute your scorpion once you’ve caught it.

You can always put it in your home. It will appear in a plastic container. You can move it around your home and turn its light on and off. It will follow you with its gaze as you walk past. So menacing!

To donate to the Museum in Animal Crossing New Horizons, you can bring your scorpion to Blathers (albeit to his dismay). When you present it, Blathers will exclaim,

“The scorpion…how should I put this? Those legs! Those pincers! That tail! And that venomous stinger! It’s as if someone took all the most awful insect parts…and put them together to make the scorpion! All scorpions are venomous, you know! Though I understand that only a few kinds are truly deadly. I feel I might die just thinking about it.“

This differs from his response in other games. In Animal Crossing Wild World, Blathers proclaims,

“I’ve heard that a scorpion can be affected by its own poison, you know. If so, why carry around such dangerous material? Blech! Foolish wretch… If I walked around with a piano above my head, I’d expect to be squashed, wot!”

“…Scorpions are assuredly attention getters. They’ve got those colors that say, “Stay back! I’m poisonous!” However, it seems only a tiny group of scorpions have venom lethal enough to off you with one sting. Mischievous scorpions that look like highly poisonous ones probably fooled folks into thinking otherwise.”

“Scorpions resemble crabs and are in the class arachnida, though they aren’t aquatic. Most species possess venom, but of the 1,000 or more species, only 25 are deadly to humans. Scorpion eggs hatch inside the female’s abdomen, and the young spend time on her back after birth.”

Keep in mind you can only donate one scorpion to the Museum. The rest are yours to keep.

If you want to make some extra bells, you can sell them to Nook’s Cranny for 8,000 bells. If Flick is on your island, he will give you 12,000 bells per scorpion. This makes the scorpion close to the top of the list of most expensive bugs in Animal Crossing New Horizons.

If you bring Flick three scorpions, he will make a scorpion statue for you which can be sold for 24,000 bells.

In Animal Crossing New Horizons, scorpions are very hard to find on your base island, even if you are in the right place at the right time. A way to work around this is to use your Nook Miles to travel to a deserted island and farm them.

Depending on how far you’ve progressed in the game, you can buy a Nook Miles Ticket from the Nook Stop machine in the Tent or Town Hall. Use this Nook Miles Ticket at the Airport, and Dodo Airlines will transport you to a deserted island location.

Not all islands are helpful for farming scorpions, though. Scorpions only appear on the ground level of an island, so preferably an island without any raised sections is best. Bamboo islands have proven the best locations for scorpion farming. Clear away the bamboo, weeds, flowers, rocks, and fossils.

This trick works best when you see a scorpion upon entering the island because there is a guarantee that they will spawn. Even if there is a scorpion on the island when you arrive, it will still take a long time to spawn again because of its rarity. Patience is key!

Also, only pack what you need. Take a few nets and leave as much space in your pockets as possible. Catch all the scorpions you can and bring them back to your island to rake in the bells!

Question: Where Can I Find Scorpions?

Answer: In Animal Crossing Wild World, City Folk, and New Leaf, scorpions spawn at night during the summer. In Animal Crossing New Horizons, scorpions spawn on your island during the summer and fall. In the Northern Hemisphere, you can find them from May to October, and in the Southern Hemisphere, from November to April. They spawn from 7 pm to 4 am. They only appear on the ground level of your island and can be caught with any net.

Question: How Many Bells is a Scorpion Worth?

Answer: In all entries of the Animal Crossing series that scorpions appear in, they sell for 8,000 bells at Tom Nook’s store. In Animal Crossing New Horizons, when Flick visits your island, you can sell scorpions to him for 12,000 bells. You can also have Flick make you a statue of a scorpion if you bring him three scorpions. This statue can be sold for 24,000 bells.

Question: Can I Farm Scorpions?

Answer: In Animal Crossing New Horizons, you can set up a space to farm scorpions if you travel to a deserted island with your Nook Miles Ticket. Bamboo islands are the best option for farming because they don’t contain any raised sections of land. Scorpions only spawn on the ground level, so the best option is to clear away all the bamboo, weeds, flowers, rocks, and fossils and wait for them to spawn. You will wait a little while between each spawn because of the scorpion’s rarity.

The scorpion is one of the most aggressive and rare insects in the Animal Crossing series. It will take time and patience to find them. However, once you do, you will be a pro at catching scorpions in no time by using the guide above. I love the challenge of capturing a scorpion because it is a break from the typical cycle of bug catching. You will be able to present it to Blathers for bragging rights or use it to pay off that home loan I know I still need to pay off to Tom Nook. 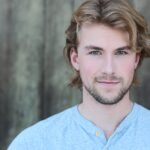