Everyone says that a dog is a man’s best friend. Life is so much better with a dog by your side. How much better would it be if you could have a conversation with one, though? Lucky for us, Animal Crossing lets us do just that.

I grew up with my family dog being a bearded collie – one of the hairiest members of the sheepdog family. So I’ve always got a place in my heart for anything similar. Shep, the sheepdog of the Animal Crossing franchise, is the closest I would ever be able to get to having a conversation with my old dog!

And don’t let his calm behavior distract you. This guy is one of the most passionate and friendly villagers and will always be willing to lend an ear if you need it.

Shep first appeared in Animal Crossing New Leaf and is one of the more curious-looking dog villagers. It’s easy to assume that his name comes from the breed of dog his appearance mirrors – the sheepdog.

Not to mention his catchphrase ‘baaa man,’ which also encourages this assumption! However, there’s something about his shaggy coat and laid-back attitude, which is oddly charming, and as someone who has always loved shaggy dogs (I grew up with a bearded collie), there is something very homely about this villager!

Here are some facts about the lovely Shep to get you started:

As I mentioned already, Shep is one of the more curious designs for a dog villager. He has dark brown fur with a light brown head of hair that covers his eyes. Unfortunately, you can’t see if Shep’s expression changes during the conversation.

Emotions don’t translate the same if you can’t see the eyes of a villager. You’ll only see Shep’s eyes during the surprised expression – where you can see his right eye for a split second.

This might be why I find his design so obscure, as most Animal Crossing villagers have visible eyes. It takes a while to get used to, but it all makes sense once you understand his personality and attitude.

There are twenty dog villagers, and even though only special characters show noticeable breed differences, villager designs encourage different breeds.

They never explicitly state the breed of dogs in-game, but it’s easy to assume if you know your dogs. However, the names of certain villagers give some apparent hints, Shep being a perfect example.

The tip of Shep’s paws is the same light brown as his floppy fringe, and he has a yellow muzzle. The main feature of Shep’s face is his large black nose, which seems to be a repeated feature in this species!

Shep isn’t the first villager of this type to have such a large nose, and it’s seen in a few others like Cookie and Marcel. I know it’s probably trying to apply perspective to the muzzle, but sometimes they just stand out too much!

Shep’s style hasn’t changed since he debuted in New Leaf. He’s worn the same denim blue jacket in every game he’s been in, which may encourage his laid-back attitude. He’s more than happy to accept any clothing you think will suit him. So feel free to shake up his wardrobe if he visits your island!

Shep is the only dog villager with a smug personality, making him more charming. The smug personality was introduced in New Leaf and recruited a few villagers who used to be lazy. So when I first met Shep, I assumed he was lazy, which makes me feel mean now!

Smug villagers are very polite and curious about what others are up to. They are always ready to offer life advice or help when the player or another villager needs it, but they also won’t let you forget how cool they think.

Additionally, they tend to open up the conversation to you to stroke their ego – which I find hilarious. Some of the replies you can give them sound so sarcastic if you read them aloud. But smug villagers will eat up any compliment you give them.

This personality is also straightforward to get along with. Smug villagers will get on well with lazy, peppy, normal, and snooty villagers – which might be because the smug personality is an amalgamation of all existing personality types. However, watch out for conflict with cranky villagers! It’s hard to please those guys.

As a smug villager, Shep wakes up at 7 am and goes to bed at 2 in the morning. It’s a pretty easy schedule to remember, and smug villagers will be some of the first awake in New Horizons.

Shep loves talking to other islanders throughout the day and exploring what island life offers. Since he has an education hobby, it’s normal for him to have his nose in a book investigating the local wildlife, which surprised me since he seems too relaxed when talking to him!

The way he presents himself makes us assume he is relatively easy to please. He’s pretty pleased to be included or thought of, and his preferences aren’t lavish. He knows what he likes, but he’s not afraid to try something new. We should all be like Shep.

His preferences hardly change in New Horizons, much like his style, but it’s still important to note the differences if you want to make a good impression.

Much like his fashion sense, Shep’s interior design skills haven’t changed since his debut in New Leaf. But, as I’ve already mentioned, he knows what he likes, and he’ll stick to it!

His house in both games is very similar but still has a sheepdog charm about them. Both are inspired by cabin life, and Shep is a massive fan of the cabana series – yet he still litters his personality around random items.

His house in New Leaf has a purple exterior and a blue roof and has a rounded design. The interior features brown flooring and wallpaper. The furniture Shep displayed is assorted, and there isn’t any prominent theme.

For example, he has a red loveseat placed next to a green retro fridge. There are two pieces of furniture from the cabana series, the screen, and the coffee table, but that’s it. I think his house would seem less overwhelming if he had more of a theme because it just appears messy. Which might be why I thought he had a lazy personality!

In New Horizons, there’s more of an emphasis on the log cabin theme, with the body of the house being beige with dark brown accents and a white thatched roof. The interior has the same wooden wallpaper and flooring – but there is less random furniture. I prefer this design to the previous one because it’s much easier to navigate when you visit Shep.

Shep was introduced to pocket camp in 2022, making him one of the most recent additions. Unfortunately, he is only available through treasure trekking. This makes him a rare villager, but I’m sure the effort will be worth it if you’re a fan! Shep’s map is of golden rarity, but the rewards you get while unlocking him make it worthwhile.

Rare rewards are golden treats, and then the goal is Shep! The goodies you get while trekking is a fantastic way of quickly boosting your friendship level with villagers. I always stock up when I can, and as soon as I meet a new villager, I fill them with tasty snacks to improve our friendship!

Shep’s preferred campsite theme is historical, which I find ironic since you’ll probably spend all your historical essence trying to get him in the first place, but once you’ve seen him – his favorite reward to give you is steel.

As you become close with Shep, he will reward you as follows:

Shep doesn’t have a fortune cookie at the moment, but I’d love to see one! I think he could be the face of some excellent camping gear or maybe something that feeds into his love for history. Either way, I’d love to see it soon of Pocket Camp.

Since Shep was a new villager in NewLeaf, his amiibo card wasn’t released until series four. He’s not an overly popular character, so his card is usually sold on by people looking to trade for a different villager. Since he isn’t very popular, he’s also easier to come by in packs. Fans of Shep will be delighted to know this!

Series four of the Animal Crossing amiibo cards was released on June 10th and is home to many famous villagers. When New Horizons came out, this was the series of cards to sell out first. Popular villagers in this set include the likes of Goldie, Stitches, Lolly, and Erik, which were the most sought-after characters.

Shep is one of three dogs released in this set, the other two being Bones and Goldie. For anyone looking to complete their collection, he is number 332!

Although saying that, Shep did get a sudden surge of attention a few months into the release of New Horizons. His relaxed tone and floppy hair made him the talk of the town for a few weeks, and several players wanted him to cheer them on in-game.

On Nookazon, Shep’s average trade price is half a million bells, or twelve nook miles tickets. This feels insignificant compared to a villager like Raymond, who still has a whopping price tag of over four million bells. But if you’re looking to invite this lovely dog onto your island without gambling on a pack of cards, you may find a good deal for him this way. I promise you’re making a good decision!

Question: What Breed of Dog is Shep?

Answer: Although he never states it in-game, the name and his catchphrase heavily imply that Shep is a sheepdog.

Question: How Can I Get Shep in Pocket Camp?

Answer: Sadly, Shep is only available in Pocket Camp through Blathers treasure trekkers map. He may appear randomly on the islands around your camp in the future, but there is currently no news on when or if this may happen. Getting him via Treasure Trekking is very expensive in materials, and you need to use Gulliver’s boat to get the map in the first place. Even this isn’t a guarantee!

Question: How Many Smug Villagers are There?

Answer: There are thirty-eight smug villagers in Animal Crossing, but Shep is the only smug dog!

Even though Shep doesn’t live on my island, I can imagine how great he’d be to have around. I didn’t think I’d get on with smug villagers, as I thought they’d be arrogant and disruptive, but after housing Marshal on my island in New Horizons, I have learned to love them!

Their charming demeanor means they are always willing to spread love (and occasionally gossip), and they are generally incredibly inquisitive.

Shep, in particular, is the definition of ‘don’t judge a book by its cover’. His carefree attitude gives no hints towards his passion for knowledge and education, but he is full of fun facts once you get him chatting! Plus – you can’t go wrong with sheepdogs. They are as hard-working and loyal as dogs come! 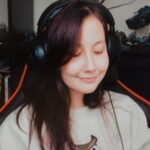 Kara Phillips-Ashman
Kara is a certified gaming pro, at least where to soft and comfy games out there are concerned, and with hundreds of hours in Animal Crossing, Stardew Valley and her all-time-favorite Harvest Moon, she knows what makes a game an engaging, wholesome experience.