My inner collector is determined to fill my museum no matter how long it takes. The only problem is, that Jolly Redd isn’t on the island all the time. When he is the only man who lets you buy art consistently, odds are you’ll be visiting his Treasure Trawler a lot. This means there’s always the risk of you wasting your precious Bells on a forgery. This guide will help point out the differences between real and forgery. Plus, you will get the pricing and the best option of what to do with the picture after being acquired.

As we dive into the lore of the Scary painting, we will discover all sorts of secrets. The history of course, but the spooky stuff as well. It falls under the umbrella of pieces of haunted art in the game. So we get to discover what that means and what to expect. Redd really thought he could pull one over on us with this one, but not this time! Strap in and put on your best art connoisseur outfit because it’s art hunting time.

Redd has two different locations where he sets up shop. The most common is when he shows up on the Northside of your island. He doesn’t have a certain day that he comes so you just have to keep an eye out. The backup option though is to open up his stall on Harv’s Island. This will set you back 100,000 bells, but Redd is guaranteed to be there any time you get the urge to go look for art. These are the best two options you have to find the Scary painting, unless a neighbor randomly decides to gift you the picture. The chances of you getting that from another villager though is very slim to none.

Yakko Edobei has minimal differences in the forgeries that will slip some art collector’s eyes. So, let me start with the genuine copy first. Yakko Edobei looks upset from top to bottom with angry eyebrows (pointing down) and his mouth forming a frown. Their hands are spread with his fingers sticking outward. Now for the fun part, and that is distinguishing the two fakes.

When looking for the phony, keep an eye out for the faces because that is the most obvious giveaway. One face looks unnatural if you know the physics of face movement. The fake version of this paint has one thing in common, and that is the eyebrows. Noticeably the eyebrows are pointing upward instead of down. In one painting (the one I think looks unnatural), the mouth is frowning still. Now, if you don’t think it is weird, I’ll give you a moment to make the same face. Put on a frown, raise your eyebrows, and tell me you did not feel weird making that face.

In past games, the Scary painting had Oniji pointing finger guns instead of his hands spread. That sadly does not reappear in this game, but it is funny to see the serious intimidating face shooting finger guns towards the edge of the painting.

Unless you love collecting art, I do not see any reason not to donate to Blathers. You spent 4,980 bells(and that is with your discount) to get it from Redd. Selling it nets you only 1,245 bells, so you can’t even make a profit. Plus, donating it gives you some description of the art when you visit the museum and gets you a step closer to having the full gallery.

The real fun of this picture comes from the forgeries. The Scary painting is one of the haunted art pieces in the game. If it’s a fake, you can’t sell it to the Nook’s. If you hang the painting in your house or place it on your island, during the haunting hour, the frown will turn up into a smile. It’s a little less spooky but still creepy. One moment it could frown, then you turn to see it smiling. If the theme of your home has a feudal Japan trope, this painting will turn heads in your home.

Another option for keeping the painting is to bury it on the island somewhere. Doing this haunts your entire island. The major downside to this is trying to get a 5-star rating on your island won’t work. The other islanders aren’t too fond of spooky haunted stuff therefore, your island rating will get lowered. I have not tried haunting my island, but it sounds like it could be fun to do around Halloween. Turning the entire island into a horror-themed one and having it haunted just seem to go hand in hand.

Time for the background of the Scary painting. Tōshūsai Sharaku, a Japanese artist active from 1794-1795, painted Kabuki actor Ōtani Oniji III as the Yakko Edobei. A Yakko is a servant of a samurai during the Edo period of Japan. The Yakko are known to commit violent acts for the samurai is a scary thought since samurai are known as killers. They are hitmen for the most feared group of warriors in Japan.

Oniji portrays the samurai’s servant from the play The Colored Reins of a Loving Wife. Sharaku manages to capture the terrifying and ruthless nature of the character. The angry leering eyes looking off-screen mixed with the textured hair are both perfectly detailed. Last, the hands are spread, exaggerating the anger and frustration Oniji portrays in the play. These details are very tiny, but when you think about them and remember the period created these small details are impressive.

Sharaku was not active for long in his art, but he made up for it in art. Littles is known about the artist himself, but his appreciation for Kabuki actors shines in all of his work. Specializing in bust portraits, he would capture stage plays with tremendous detail. That is what makes the Yakko Edobei so significant. You can see how much attention to detail he put into it. The meaning is to give the audience a sense of rage from the actor. His other pieces share the same love and detail with other Kabuki actors.

I would recommend keeping a fake to see the spooky smile. It’s always fun to see something new, especially if you are so set on playing the game the same way and never changing your play style. Collecting all the haunted pieces of art is my next mission in the game. That is after I finally pay off my entire debt to Tom Nook. Until then, Yakko Edobei is a great addition to the haunted artwork family.

Question: What Time can I See the Scary Painting Active?

Answer: When the sun sets. The haunting hours run from 7 p.m. to 7 a.m. and that is when the Yakko Edobei will smile back at you.

Question: If I Bury the Scary Painting can I Stop the Island From Being Haunted or a I Stuck With it?

Answer: Digging up the painting at any point will lift the curse from your island. It will of course take a day or so for things to return back to normal with your island rating.

Question: Why do the Fakes Change Across Different Game Entries?

Answer: The creators want to give the players a challenge of catching the mistakes. Like a game of “Spot the Difference” in a sense. If you keep the same mistakes across each game you know exactly what to look for. 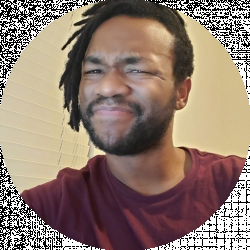 Justin Cook
Justin is someone that loves hyper-intense RPGs, where there is an enemy lurking around every corner. however, when he wants to unwind, you'll find him pruning flowers, fishing or catching bugs on his AC island. He's a long-time fan of the series and an asset to the Creatures Crossing Team!