One of the most challenging aspects of starting a new game is deciding on a name for your village, town, character, or farm. I always get stuck looking at the blinking cursor for at least 30 minutes.

A name that accurately depicts the vibe you are looking to create is so important! I like to come up with names that are a reference to some sort of literature or film. But even having that theme in mind, it is difficult to choose the one that is the perfect fit.

Animal Crossing New Horizons was no exception to my difficulty in making a name decision. I pondered for a long time on what an appropriate name for my island would be. I researched what other people had named their islands, I texted friends for ideas, and I scoured my bookshelves for inspiration.

I finally landed on the perfect name for my island, Lilliput, inspired by one of my favorite novels, Gulliver’s Travels. I’ll explain this a little more later in the article, under the literary-inspired names category.

As an avid gamer, I often use other video games to inspire my name choices in whichever game I am currently playing. I did explore some of these options when looking into naming my island in Animal Crossing New Leaf.

There are so many options for nature-inspired town names, I couldn’t make a good list out of them. I think the best way to go about making a nature-inspired name for your island would be to choose your favorite plant, animal, or flower and then add a common town name suffix at the end.

Some examples of this may look like, Blossombury, Daisyville, Pineford, Magnolia Village, etc. Choosing a nature-inspired name should be personal, and have some meaning to you as a player. Perhaps a time or place when you connected with the Earth, what sort of plants were you surrounded by?

When I was thinking about possibly choosing a nature-inspired island name, I remembered the beautiful cherry blossom trees that grew on my street when I was a child. When they bloomed in the spring, and the pink petals littered the ground and sky, it made me think that the world was truly beautiful. I would likely pick a nature name based on the cherry blossom trees from my childhood.

Question: How Long Can My Island Name Be?

Answer: There is a ten-character limit for your island name. If your desired name is longer than ten characters, there may be ways of abbreviating it or taking out certain characters that don’t make the name unclear. Ten characters may not seem like that many but it is a decent amount.

Question: When Will Other Players See My Island Name?

Answer: Other players will see your island name whenever they visit your island! It will come up as they fly into/over your island.

Question: Can I Change My Island Name?

Answer: Unfortunately, you can not change your island name once you set it at the beginning. The only way to get a new island name would be to start your game over completely. I have been considering getting a second copy of the game for a different switch just to pursue a different island theme, but that method is obviously expensive and laborious. The best way to ensure your island has the name you want is to choose a name you love from the start!

There are so many options when choosing a name for your island that it can be hard to narrow it down. Hopefully, this list gives some helpful tips or ideas for your island’s name! The most important thing to remember when naming your island is that you should love the name.

You will see it every day when Isabelle gives you the daily news, and all other players will see it when they come to visit your little spot of paradise. The island’s name should have some sort of meaning to you, whether it comes from a piece of media you enjoy or is inspired by your favorite plant. I always love to tell people the backstory and meaning of my island’s name, and I hope this list inspires you to be able to do the same! 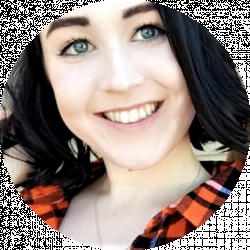 Karrina-Bella Yaeger
Karrina has had a career in finance for the last five years, but her true passions are writing and video games! She has been gaming since she was around five years old, starting with her GameBoy Advance. From there she embraced all gaming platforms; DS, Wii, Switch, Xbox, and PC gaming. Her all-time favorite game series is Harvest Moon, but she also loves Animal Crossing, League of Legends, Pokemon games, Civilization, and Stardew Valley.